We are pleased to formally announce the sixth product of the YFLink Ecosystem: LINKLEND!

Traditionally, the world of crypto-collateralized loans have faced several large problems in delivering their products to market. In particular, lending tokens means the introduction of collateralization levels - the upkeep of which can be extremely difficult in markets that often move overnight, causing cascading liquidations, in many cases with no real way to properly respond to such movements due to Ethereum’s slow network times.

Additionally, these lending protocols can become outright hostile towards holders, with the protocol itself profiting heavily off of liquidations and de-incentivizing carrying loans to full term. The Chainlink community especially, being one of the largest tokens to provide collateral through the AAVE lending market, lose heavily upon liquidation. The AAVE protocol benefits greatly from this, at the expense of the Chainlink community - a symptom of misaligned incentives and poor system design.

A third issue arises with standard lending protocols when it comes to the user experience and maintenance of said collateral. Individuals who generally are less crypto-educated but would like to utilize the value of their tokens oftentimes put their assets up for lending, not realizing the leveraged position that they have just taken against their holdings. As a UX issue, we feel checking websites constantly and not being able to sleep at night with positions open are issues that can be remedied with some key design decisions.

Let’s go over them.

LINKLEND intends to be the first truly crypto-collateralized lending and borrowing platform. While other platforms peg the price of collateralized capital to their USD values, LINKLEND will be pegged directly to tokens themselves. Users will be able to mint synthetic assets (synTokens) equivalent to a percentage of the base token. For example, if a user contributes 10 LINK tokens, they will receive anywhere from 10-90% of the contributed capital, depending on two factors;

In the most stable assets (in this example, LINK), a user will be able to mint 9 synLINK tokens, with each synLINK being backed by the underlying.

In short, LINKLEND will have no variable collateralization levels dependent on USD price, liquidations, or otherwise. Once a user mints an amount of synthetic tokens, they will open up a position in the LINKLEND user interface that allows for the redemption of that position by repaying back the amount of minted synTokens. This allows for two things;

In uptrending markets, collateralization levels are usually not an issue for other lending platforms - when tokens devalue in USD price however, positions get liquidated and users can experience heavy draw downs. LINKLEND’s synTokens will be the superior option in both cases, as with uptrending markets they will never have to pay an upkeep rate (as there are no lenders supplying their capital) and in downtrending markets, their positions will remain open until the requisite amount of synTokens have been repaid into the contract.

As mentioned earlier, there are no interest rates for keeping positions open through LINKLEND. Users are incentivized and encouraged to maintain open positions as long as they’d like, while eventually returning to their original holdings when they deem fit. The second benefit of positions remaining constant is that Ethereum network slowdowns are never an issue - there is never a rush to exit an open position in fear of liquidation, and this gives ease of mind back to the user, while also avoiding the oft-seen gas wars during times of high volatility.

One of the key limitations of existing protocols is their adherence to USD pegs, reducing their ability to integrate new tokens and limiting the overall potential of the ecosystem. LINKLEND’s design will allow users to mint ANY token existing on the Ethereum network, thereby increasing the total deployable capital by several magnitudes. While platforms such as AAVE and Compound support a few dozen currencies, LINKLEND can support hundreds. As part of our rollout plan, LINKLEND will initially only enable the minting of synLINK and synYFL, however this will quickly ramp up over time.

As seen in our innovations with LINKSWAP and other products, simplicity for the user is at the core design philosophy at YF Link. The concept of maintaining collateral, variable debt rates, and so on, is simply far too confusing and oftentimes misleading new users, causing a large barrier to entry into DeFi and preventing billions of capital from entering the system.

Through LINKLENDs synTokens, we present an option for traders that is risk-free, interest free, and elegant to use.

At the heart of LINKLEND will be the YF Link Token. Both upon minting and redemption of synTokens, there will be a small percentage fee paid out that is split among stakers of the YFL governance pool, the treasury, and the LINKPAD fund. Through this system, LINKLEND will generate profit from all actions on the system, promoting the use of LINKLEND itself, rather than bringing users to the platform and hoping for their liquidations.

Additionally, it will provide LINKPAD with additional revenue that will ultimately result in larger profits being siphoned back to the governance vault.

synTokens will be redeemable by anyone on the network who purchases them for the percentage value as judged by the YFL governance and in accordance with the risk level of the chosen asset. In the synLINK example, any user will be able to purchase 9 synLINK and redeem them for 9 LINK tokens - however, only the user who opened the original minting contract will be able to redeem these 9 synLINK tokens for the full 10 LINK position. It is through this system that real value is attributed to tokens and efficient markets will arise.

We are excited to see the inflows of capital to LINKLEND from these initiatives.

Security remains the top focus at YF Link, and we are taking care to audit all of the smart contracts and related minting functions for LINKLEND. Our goal this time around will be to have multiple security audits, given the unique nature of the product being built. Look forward to discussions around this in the near future, on our social media channels as well as our official site.

We think synTokens are the next evolution for YF Link, creating another revenue stream for YFL holders, enabling the vast expansion of the DeFi space, and realigning incentives for users of the system as a whole.

Keep an eye out for upcoming blog posts from the team in the future as we discuss some key research regarding our design decisions, development progress, and more.

We understand that this is a technically nuanced and complex concept, and will offer further posts in the near future with more in-depth technical details.

Frogs! Here at YF Link we take pride in being a community-run project delivering community-driven DeFi services. From LINKSWAP to LINKPAD to LINKSMAS, all of YF Link’s products and 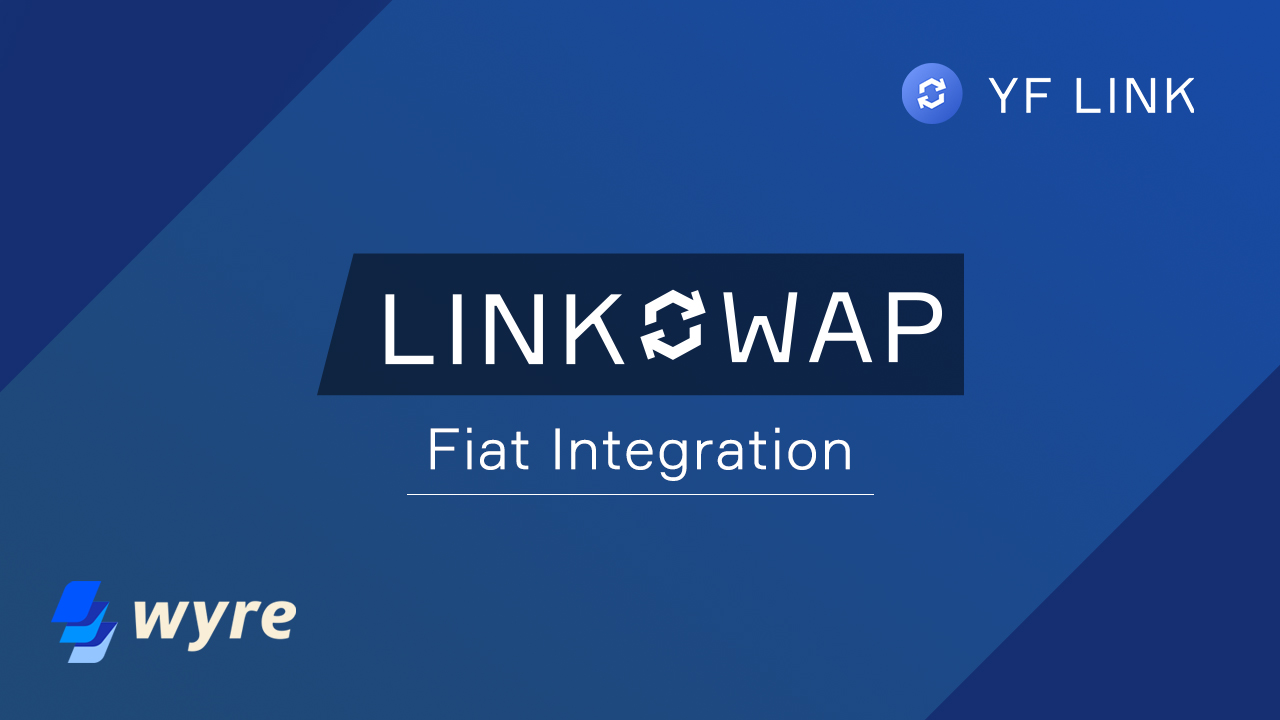 As the weeks progress our community at YF Link continues to bring unique features to the DeFi experience. Now YF Link has entered into a strategic collaboration with Wyre to